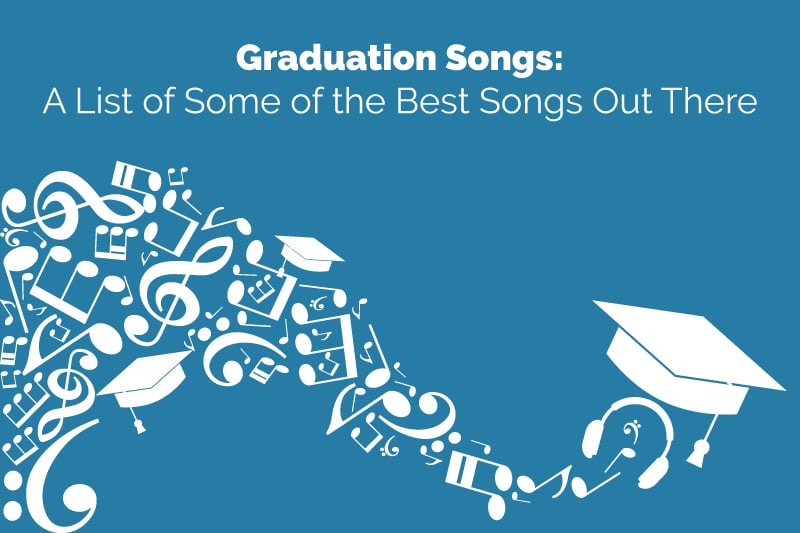 And a Special Mention for One of Our Twitter Friends

Graduation is a time to celebrate, and what better way to start a party than with some curated music? Below, we’ve shared some of the top graduation songs in pop culture, which range from epic anthems to tear-jerking ballads. We’ve broken the songs down into three categories: Newer Hits, Older Classics, and Honorable Mentions. The first is a selection of tunes from the last two decades, while the second is dedicated to music from our parents’ generation, the last, but not least, is something new we think you’ll like. 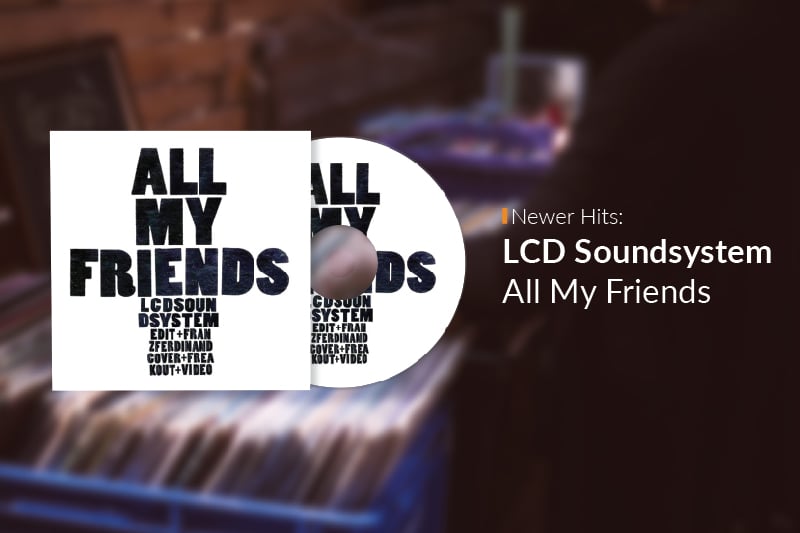 GraduationSource is here to help!

LCD Soundsystem – All My Friends

Fronted by James Murphy, a scruffy middle-aged hipster who looks like he woke up on the wrong side of the bed, LCD Soundsystem are unlikely candidates for happy graduation songs. Don’t judge a book by its cover – “All My Friends” is one of the most infectious tunes of the last decade. The song’s simmering buildup will have friends, family, and random acquaintances dancing like fools, which is exactly what you want at a graduation party, right? 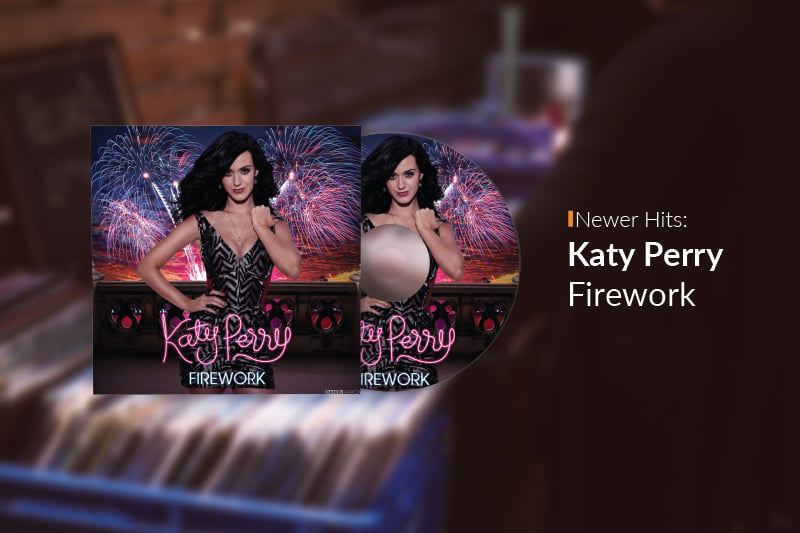 This soaring pop song might not mention graduation by name, but it certainly fits the occasion. Katy Perry is a master of uplifting pop music, and “Firework” will start your graduation party on the right note. The bright synths and huge chorus will give everyone a big energy boost, so it’s also a great choice for the midpoint of the night. Save those sad graduation songs for the last hour, when folks are starting to head home. 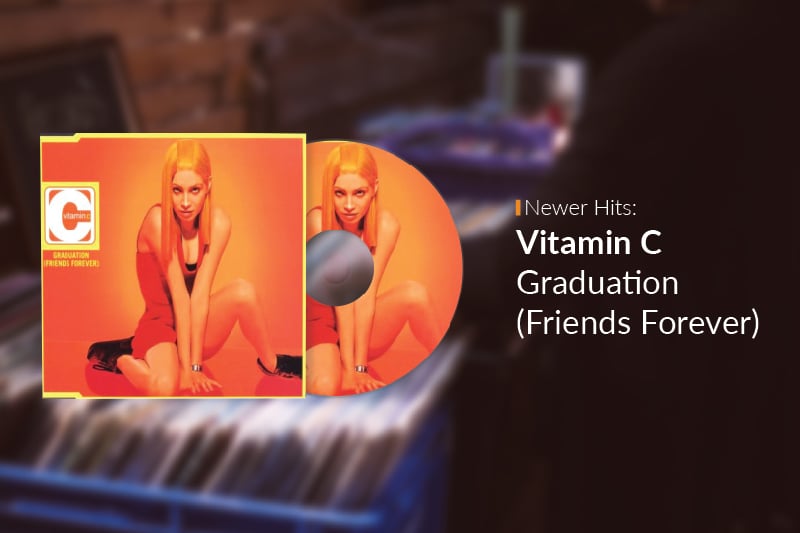 Of course, we can’t make a list of top graduation songs without mentioning Vitamin C. Some of you might be too young to remember the year 2000, but “Graduation” was a one-hit wonder that made America’s parents and pre-teens cry. The song apes Pachelbel’s Canon in D almost note-for-note, but it’s one of the most played high school graduation songs of all time, so Vitamin C must have done something right. The emotional refrain of “We will still be friends forever” cherishes the present moment (and the people in it), while also acknowledging that life can’t stay the same.

When this mega-hit was released in 1972, it became the anthem for summer vacations and graduations across America. Alice Cooper’s shocking stage show and suggestive lyrics upset millions of parents, which is why he became a symbol for youth rebellion at the time. The “School’s out for summer / School’s out forever” chorus is perfect for yelling out of a car while leaving the campus parking lot. As far as happy graduation songs go, it might be the best. 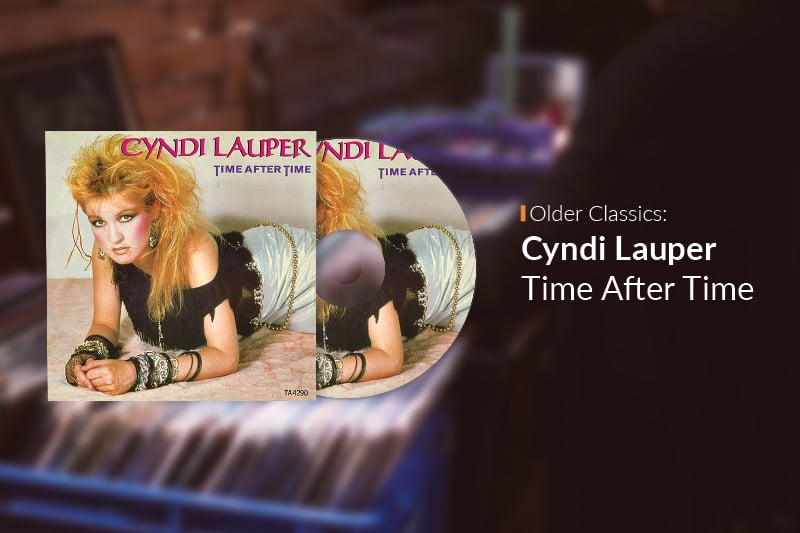 Even though this 80s pop ballad is technically about love, the devotional lyrics and reflective mood translate perfectly to graduation as well. The “suitcase of memories” and other metaphors for the passing of time make it a bittersweet song, but that’s why it’s so special. Listening to it is like watching sand slip through an hourglass, but also feeling that no matter what happens next, it’s going to be okay. 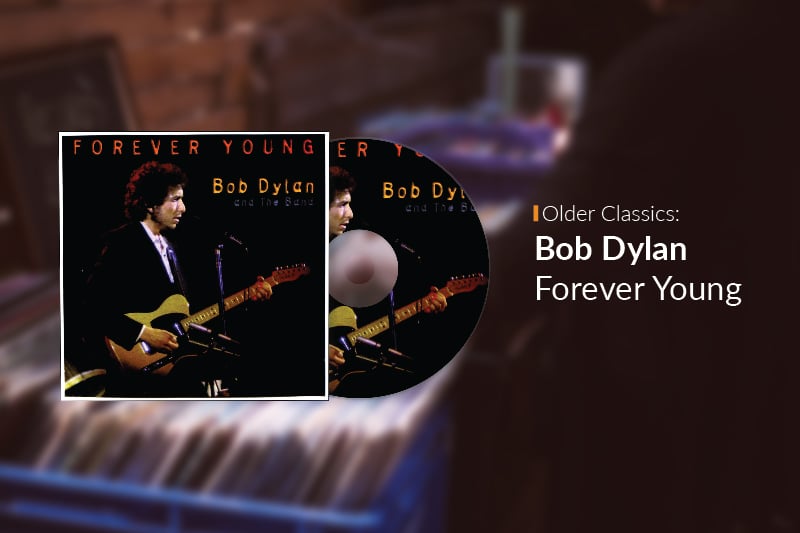 Dylan wrote this touching song for his eldest son, wishing him all the happiness and success in life, and hoping that he would stay “forever young”. Graduation is a huge milestone in our lives, but it’s wise to remember that even though we’re getting older, we can still be young at heart.

Margeaux wrote this touching song and shared it with us on Twitter. We did a little research and Margeaux is currently starring on Totally.TV, a YouTube channel as part of Disney’s multi-channel YouTube network and she gained a great following – rightfully so – we think she’s great. 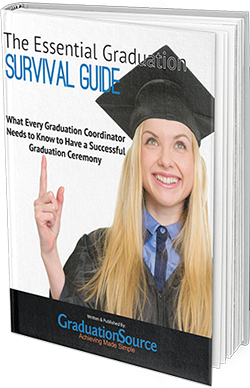 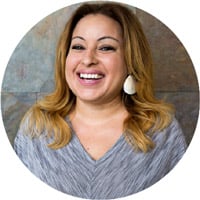 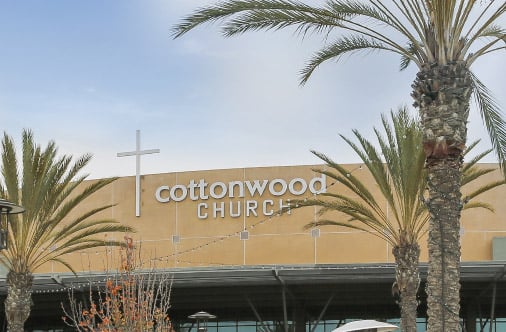 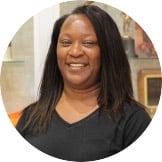 Yolanda Boles

Velasco Elementary
"The parents and the students would like to say thanks for making our children look nice for graduation. The smile on the faces of our children when I delivered the gowns to their classroom was overwhelming and it's all because of you!"
401 North Gulf Blvd, Freeport TX 77541
Phone: (979) 730-7260 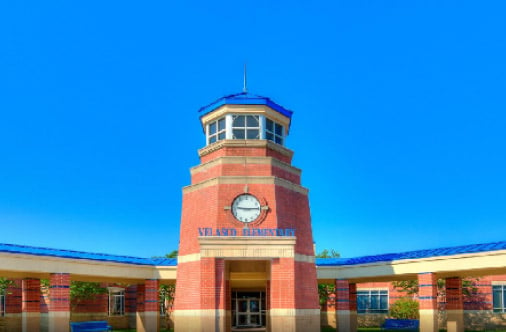 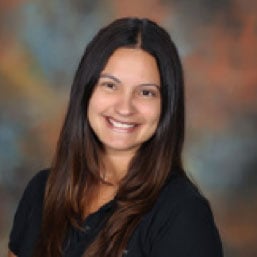 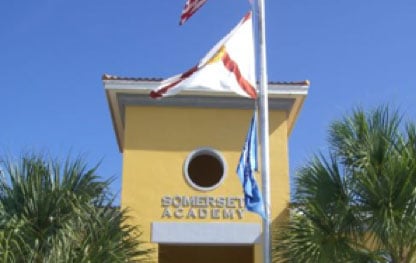 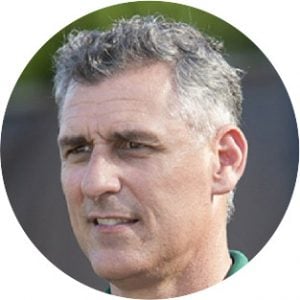 S.K. Smith

Franklinton High School
Your valuable staff was 5 stars. I cannot speak highly enough for your customer service. They completed my order and helped me get our medal in time for graduation!! I appreciate you and your staff and I will definitely be using you in the future!!
1 Demon Circle, Franklinton LA 70438
Phone: (985) 839-6781 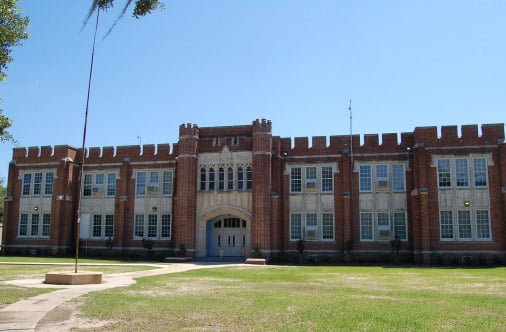 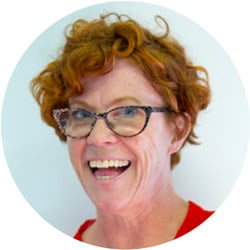 Megan Soule

Everest Value School
Thank you, thank you, thank you for your patience, and your flexibility, and your help, and...EVERYTHING. We owe you the deepest gratitude for making our graduation a success!!
668 S. Catalina Street, Los Angeles CA 90005
Phone: (818) 749-4223 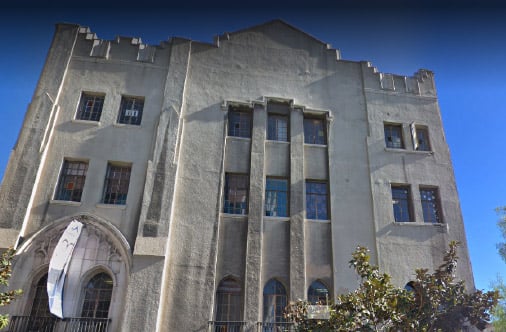 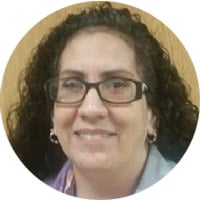 Rebecca Magallan

"I placed an order with errors but your staff was very helpful and quickly corrected them and got me my stoles promptly."
Liberty Academy 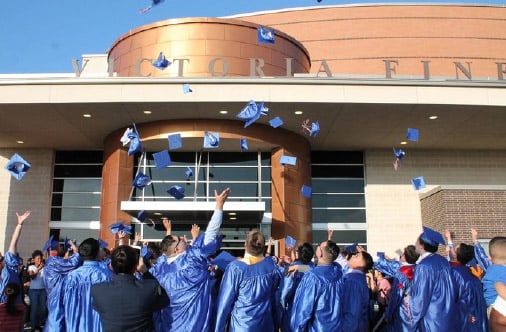 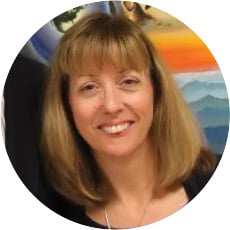 Roberta Farina

Bethel Christian Church
Your staff were awesome! Thank you for helping us work through the issues and ensuring that we had everything we needed within the timeline for our Easter Service. The staff went above and beyond to assist on every level. Our choir looked amazing.
13200 E 11 Mile Rd, Warren MI 48089
Phone: (586) 872-6477 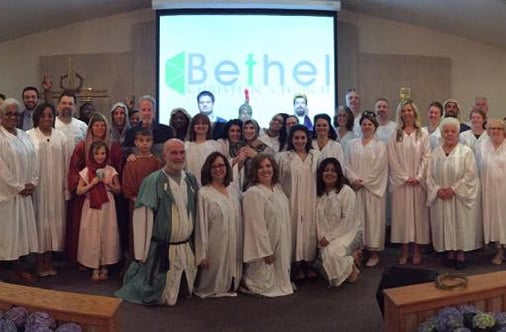 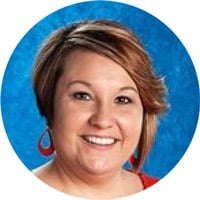 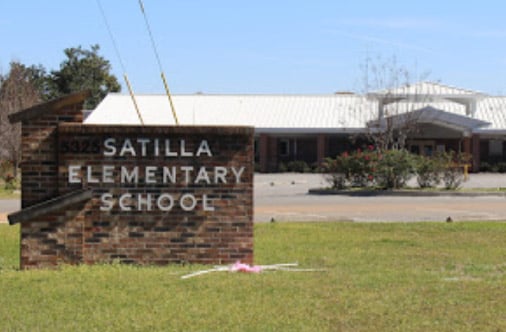 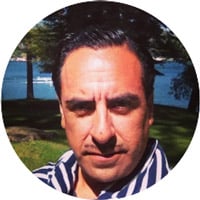 Pablo Lopez

Concierge Privé
"I was in desperate need of bright colorful gowns for a gospel choir to perform at a Celebration of Life. Two days before the event, I found your company and you handled everything and made it happen. It takes a lot to impress me, and you impressed me."
74265 Desert Rose Lane Indian Wells CA 92210
Phone: (213) 327-8109 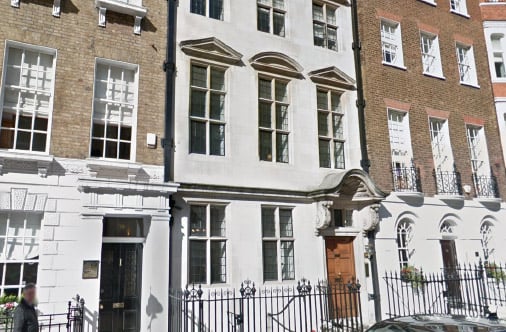 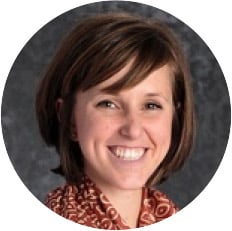 Betsy Johanson

School Counselor
"They worked hard to ensure we were happy with our order. The ordering process was extremely easy and we were able to get everything in an incredibly timely fashion. Great company to work with."
Wauneta-Palisade Schools, 214 West Wichita, Wauneta Nebraska 69045
Phone: (308) 394 5427 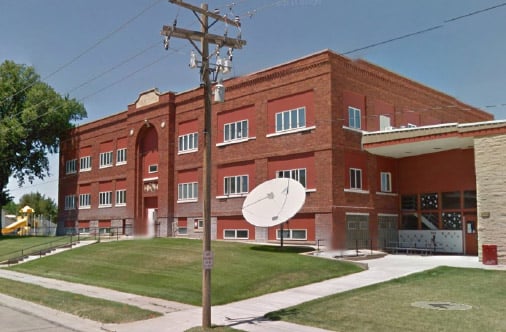 Laugh Your Socks Off | Commencement Speeches to Inspire 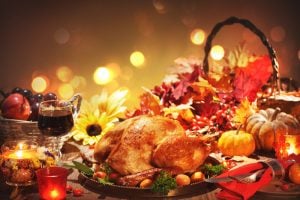 Ways to Celebrate Thanksgiving in the Classroom 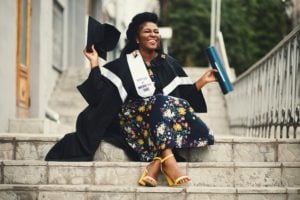 The Early Bird Gets the Discount: Buy Your Graduation Gear Today!